It’s hard to conceptualize the amount of energy humankind uses every day. It’s also very important to do so when thinking about solutions to our energy woes. In an effort to imagine the scale of our energy usage, we came up with the following example.

Storing solar power for the night

If we ever get all of our power from solar power, we will have to store enough energy in the day to get us through the night. One efficient way of doing this is to use excess energy we get in the day to lift something heavy up high and then, once the sun goes down, to let it fall slowly, while spinning some gears hooked up to generators.

So how much stuff would we have to lift up to replace a single nuclear reactor? Well, a standard reactor provides 1000 MW of electricity. Let’s say we can lift our heavy objects to the top of the spire of the tallest building in the world, the Burj Khalifa [Wikipedia], which is at 818 meters. We’ll also say that a night last 9 hours. Watts are Joules per second, so we just multiply 1000 MW by the number of seconds in 9 hours: 32400, to get 32400000 MJ of energy. Gravitational potential energy is mass * height * acceleration due to gravity, or 818 m * 9.8 m/s2 * mass. Solving for mass by division, we get mass = 4.042x109 kg. According to Wikipedia, a fully loaded Nimitz class aircraft carrier [Wikipedia] weighs 101196 tons, or 91.8 million kg. By dividing mass by aircraft carrier mass, we find that this comes out to 44 aircraft carriers.

See our related page on storing energy in batteries.

In summary, to store enough energy to replace 1 nuclear power plant for one night, we would have to lift 44 fully loaded aircraft carriers to the top of the Burj Khalifa every single day. This is shown below. 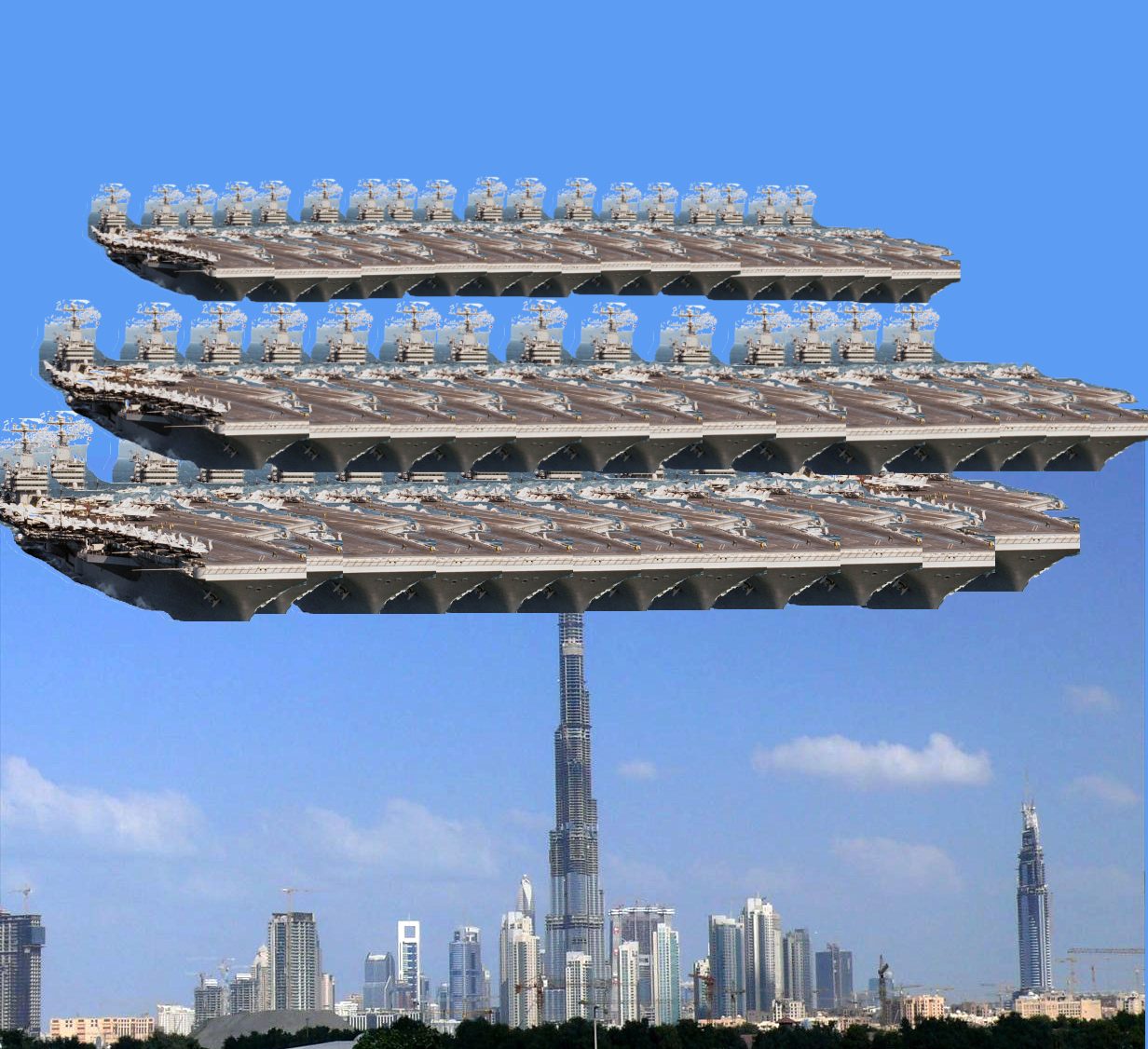 That’s a lot of aircraft carriers. Now remember that there are 104 operating reactors in the USA and that makes up 20% of our electricity. So the grand total of aircraft carriers we would have to lift to the top of the Burj Khalifa every night is somewhere around 22,000. If you want to visualize 1000MW of power, imagine a single aircraft carrier being lifted straight up at 4 km/hr or 2.5 mph.

How much Uranium does it take to lift 44 aircraft carriers to the top of the Burj Khalifa in 9 hours?