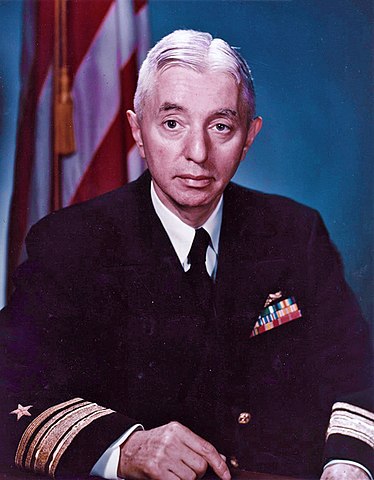 *This is a reproduction of Rickover’s famous ‘paper reactor’ memo. The original was published in The Journal of Reactor Science and Technology, Volume 3, No. 3 (which is classified) and reproduced many times, e.g. in Congressional testimony.

Important decisions relative to the future development of atomic power must frequently be made by people who do not necessarily have an intimate knowledge of the technical aspects of reactors. These people are, nonetheless, interested in what a reactor plant will do, how much it will cost, how long it will take to build, and how long and how well it will operate. When they attempt to learn these things, they become aware of confusion existing in the reactor business. There appears to be unresolved conflict on almost every issue that arises.

I believe that this confusion stems from failure to distinguish between the academic and the practical. These apparent conflicts can usually be explained only when the various aspects of the issue are resolved into their academic and practical components. To aid in this resolution, it is possible to define in a general way those characteristics which distinguish the one from the other.

An academic reactor or reactor plant almost always has the following basic characteristics:

On the other hand, a practical reactor plant can be distinguished by the following characteristics:

A common example can be given to indicate the application of the above generalities :

A fairly conventional academic power reactor might use natural or slightly enriched uranium rods in which the burn-up is a minimum of 10,000 mwd / ton. The fission products are confined to the fuel element by a simple cladding technique. The elements operate in high pressure water at 600 °F.1

In the practical reactor, difficulties are encountered. No element of the above type has been carried to more than 4000 mwd / ton. Eight years of work at Hanford and related laboratories have failed to produce a cladding technique which gives really satisfactory performance in water at 200 °F. At 600 °F uranium reacts violently when exposed to water. The Chalk River experience shows the difficulty of maintaining a plant in which some fission products have escaped.

The tools of the academic-reactor designer are a piece of paper and a pencil with an eraser. If a mistake is made, it can always be erased and changed. If the practical- reactor designer errs, he wears the mistake around his neck; it cannot be erased. Everyone can see it.

The academic-reactor designer is a dilettante. He has not had to assume any real responsibility in connection with his projects. He is free to luxuriate in elegant ideas, the practical shortcomings of which can be relegated to the category of “mere technical details.” The practical-reactor designer must live with these same technical details. Although recalcitrant and awkward, they must be solved and cannot be put off until tomorrow. Their solutions require man power, time, and money.

Unfortunately for those who must make far-reaching decisions without the benefit of an intimate knowledge of reactor technology and unfortunately for the interested public, it is much easier to get the academic side of an issue than the practical side. For a large part those involved with the academic reactors have more inclination and time to present their ideas in reports and orally to those who will listen. Since they are innocently unaware of the real but hidden difficulties of their plans, they speak with great facility and confidence. Those involved with practical reactors, humbled by their experiences, speak less and worry more.

Yet it is incumbent on those in high places to make wise decisions, and it is reasonable and important that the public be correctly informed. It is consequently incumbent on all of us to state the facts as forthrightly as possible. Although it is probably impossible to have reactor ideas labeled as “practical” or “academic” by the authors, it is worth while for both the authors and the audience to bear in mind this distinction and to be guided thereby.

1 - Interestingly, in the decades after Rickover published this memo, we now have reactors that get beyond 60,000 mwd/ton burnup using low-enriched uranium in high temperature/high pressure water.