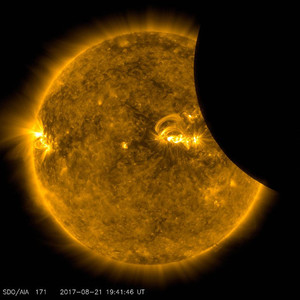 As Truman once said, nuclear energy is the basic power of the universe. It can be accessed by splitting large atoms (like Uranium) apart with neutrons or by pushing small atoms (like Hydrogen) very close together. As you know, splitting atoms is called fission and joining atoms is called fusion. Fusion powers the sun and all the stars. It forged all the atoms we see around us today. Unlike nuclear fission, fusion reactions can occur without producing long-lived radioactive byproducts. Thus, once we can control it and build practical power plants out of it, it will be a real holy grail in long-term sustainable clean energy.

You can read some more details about the fundamentals of energy here.

Humans successfully harnessed the uncontrolled fusion reaction as a thermonuclear bomb (aka a hydrogen bomb) in 1952. Since then, a huge amount of research and effort has gone into finding ways to control fusion and make practical civil power from it. The challenge is that light atoms repel each other like magnets (hydrogen nuclei are positively charged) so you have to input enough energy to overcome the repulsion until the nuclei “touch” in such a way that the strong nuclear force can take over and undergo fusion. We are currently able to cause atoms to fuse in a controlled environment, but so far we’ve had to input more energy to push them than we get out.

How to control fusion

To get practical fusion, you need three things:

There are three fundamental ways people have tried to do this:

The quest for breakeven, and beyond

We’re very close to achieving breakeven, which is when we get more energy out of a system than we put in. Indeed, the massive international project ITER is intended to prove that this is possible.

The challenge then becomes how to make practical power plants from breakeven fusion. ITER uses lots of very expensive rare-earth magnets and special materials that don’t necessarily scale well so the next generation of fusion research will be on developing this practical engineering embodiment. Fortunately, this is being worked on by dozens of groups around the world, including some well-funded startups.

The difficulty of inducing fusion between different fuel nuclides varies. The easiest things to fuse are rare isotopes of hydrogen: deuterium and tritium, so this is what we can expect to “work” first. But unfortunately tritium is radioactive, mobile, and rare, and this reaction produces a very high-energy neutron (14 MeV!) that can damage surrounding materials like the containment wall, so there’s a lot to hope for from some of the other, more challenging, fusion fuels.

If you use a super-rare isotope of Helium (Helium-3), which is typically proposed to be mined from the surface of the moon, you can fuse it with deuterium or itself and cause aneutronic fusion, which is much easier to contain because the resulting proton can be contained magnetically.

There are other fusion fuels out there too to keep an eye one.